A Future of Racial Equality: The USS Enterprise

Intolerance in the 23rd Century? Improbable! If man survives that long, he will have learned to take a delight in the essential differences between men and between cultures. He will learn that differences in ideas and attitudes are a delight, part of life’s exciting variety, not something to fear. It’s a manifestation of the greatness that God, or whatever it is, gave us. - Gene Roddenberry

Star Trek first aired during the civil rights movement on September 8, 1966 — a time of social turmoil and racial segregation. One of the most striking characteristics of Star Trek is the diversity of its cast. The crew of the Starship Enterprise included a Japanese helmsman, a Russian navigator, and a black female communications officer. None of these characters were portrayed in a negative light or given subservient roles; all were important members of the ship. Star Trek depicted a future in which people of all races worked together as one, a radical thought at the time. 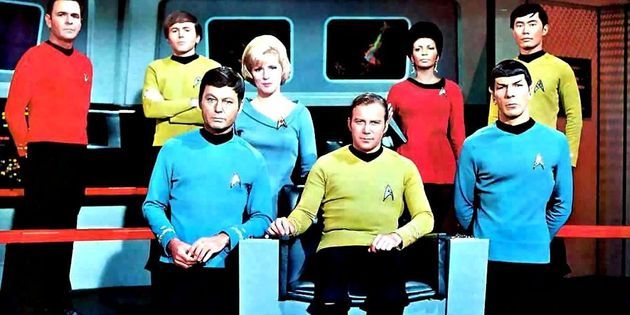 The crew of the USS Enterprise

In a now-famous story, singer and actress Nichelle Nichols who played the role of Lt. Nyota Uhura planned to quit the show but Martin Luther King Jr. convinced her otherwise. “Star Trek was the only show I allow my little children to watch past their bedtime” said King.

When meeting MLK at a charity event Nichols revealed to King that she was quitting her role and wished she could march alongside him. King responded, “No, no, no. No, you don’t understand. We don’t need you to march. You are marching. You are reflecting what we are fighting for.”

King then firmly told the actress that she couldn’t leave Star Trek, “Don’t you understand what this man [Roddenberry] has achieved? For the first time on television, we will be seen as we should be seen every day, as intelligent, quality, beautiful people who can sing and dance, yes, but who can go into space, who can be lawyers and teachers, who can be professors — who are in this day, yet you don’t see it on television until now,”

He went on: “Gene Roddenberry has opened a door for the world to see us. If you leave, that door can be closed. Because you see, your role is not a black role, it’s not a female role. He can fill it with anything, including an alien.”

After this conversation with King, Nichols decided to stay on the show.